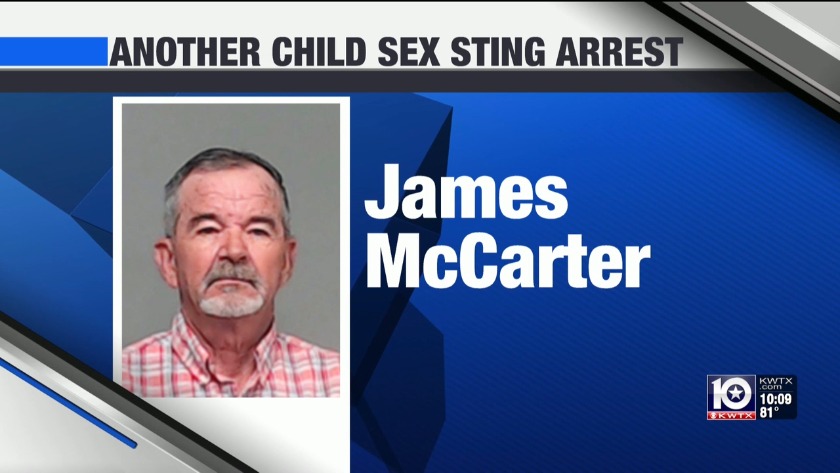 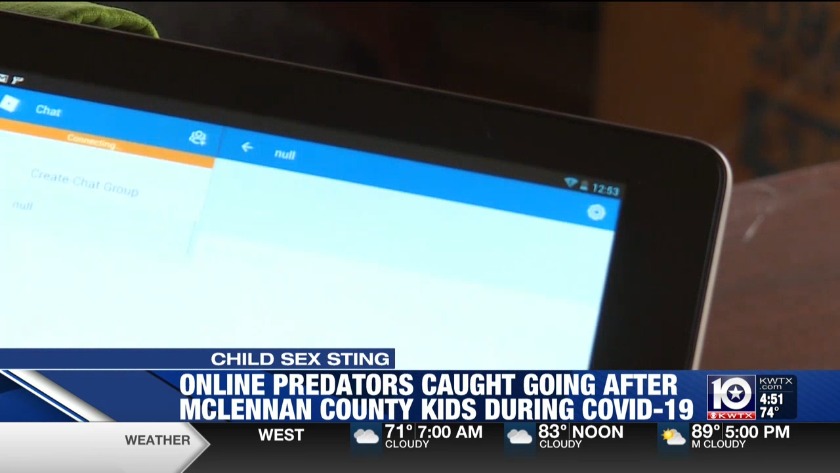 WACO, Texas (KWTX) The 19th of 20 suspects for whom warrants were issued in a child predator investigation in McLennan County has been arrested.

McCarter, 66, is charged with online solicitation of a minor.

McCarter posted bond and was released about four hours after he was booked.

The last remaining suspect in the case, Jim Kitchens, has not been located and is being hunted by Homeland Security investigators.

Warrants were issued for the 20 suspected predators as the result of an investigation that started in April involving the McLennan County Sheriff’s Office, Homeland Security Investigations-Austin, the Lone Star Fugitive Task Force, the Freestone County Sheriff's Office, Mississippi State Police and the Gulfport Police Department.

"At this time, one person is out-of-state and is cooperating, returning to Texas, and one is at large," said Chief Deputy David Kilcrease.

The online operation targeted men attempting to engage in the commercial sexual exploitation of children.

"Throughout the operation, men either solicited paid sex from children, or enticed children to engage in the manufacturing and distribution of child pornography," said Kilcrease.

"The acts that were attempted against children are the grooming behaviors seen in the recruitment of children which causes them to fall victim to sexual crimes, including human trafficking."

Officials say they want this to open parents' eyes that this kind of exploitation is happening during the pandemic.

"We want this to be a reminder to parents, that with the shelter in place orders, and schools being closed due to COVID, children are on their digital devices more than ever," said Kilcrease. "Those seeking to exploit them are as well."

"Parents need to take the time to monitor their children's social media, as well as who they are talking to," he said.