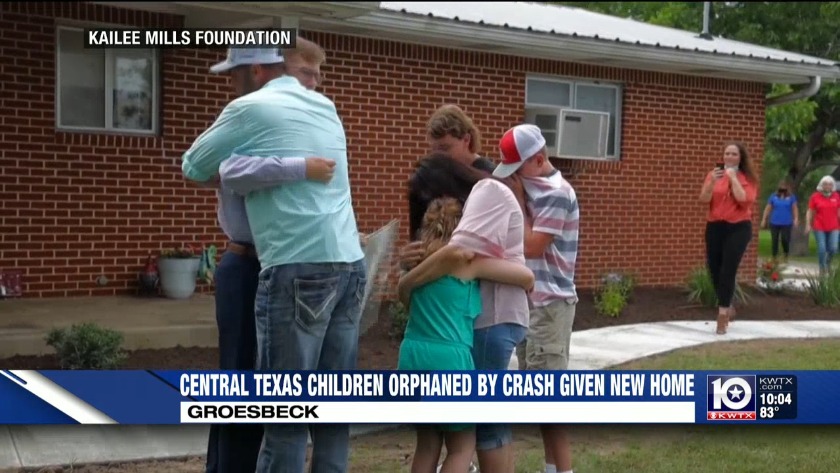 Ferguson family gets a new home 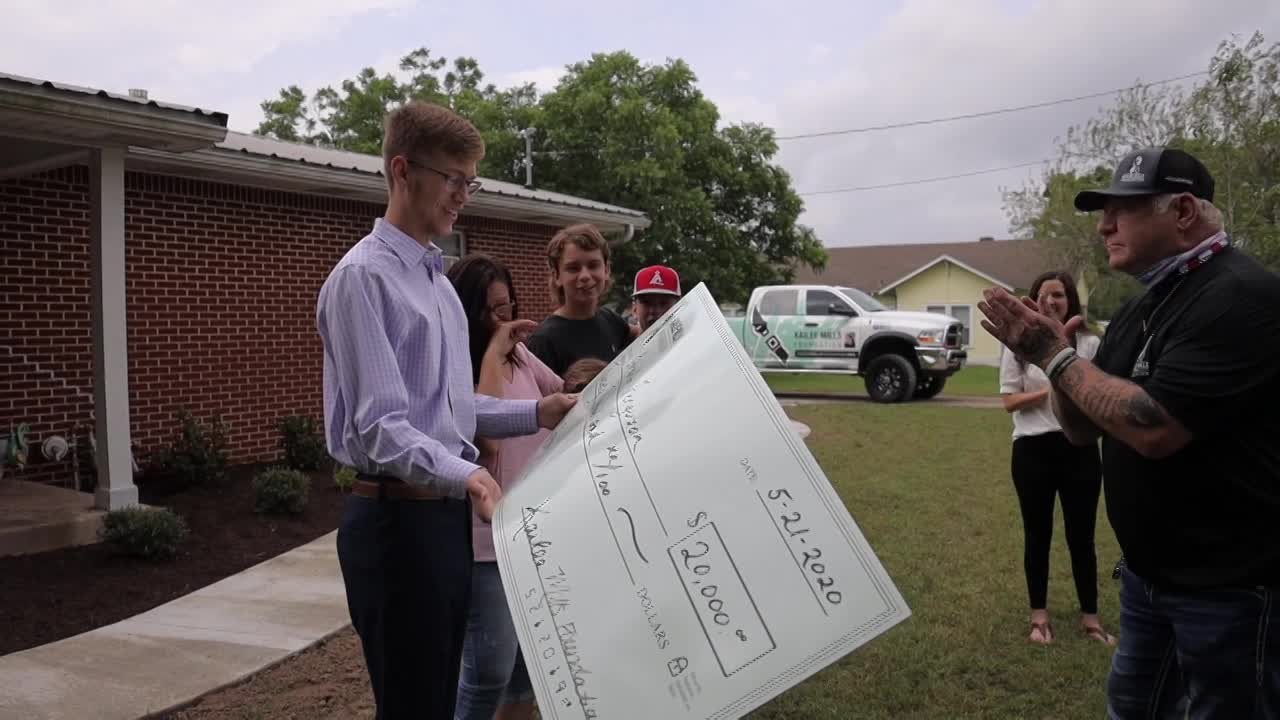 GROESBECK, Texas (KWTX) Four Groesbeck children who were separated after their parents died in a crash more than a year ago will again live under the same roof after they and their grandmother were presented with the keys to a house Thursday.

As the result of a months-long community effort that the nonprofit Kailee Mills Foundation led, the four children and their grandmother were given a fully-furnished three-bedroom, two-bath brick home in Groesbeck. (Courtesy photo)

Johanna and Daryl Ferguson of Groesbeck died in a single-vehicle accident on Jan. 19, 2019, leaving their four children behind.

After the crash, Bryston, 18, Camden, 16, Kovan, 13, and Jaylee, 8, were cared for by their grandmother, Judy Ferguson, who had just lost her husband to cancer, but the family found out in January they were being evicted from the home they shared.

The four children were split up to stay with family members and friends in Groesbeck, Waco and College Station.

On Thursday, as the result of a months-long community effort that the nonprofit Kailee Mills Foundation led, the four children and their grandmother were given a fully-furnished three-bedroom, two-bath brick home in Groesbeck.

“We are so happy to be able to be together again,” Kovan Ferguson said.

“It’s been really wild, crazy. We haven’t known what to expect but we just wanted to be together again. So today is amazing.”

The Spring-based Kailee Mills Foundation launched a GoFundMe campaign with the goal of raising $200,000 to pay for a home for the four children.

About $116,000 was donated to the campaign and the foundation contributed $10,000 more and will also provide resources for grief counseling.

Under a separate foundation program, a $20,000 college scholarship was awarded to Bryston Ferguson.

“They were all split up, living with either family or friends; each child was in a different home,” foundation President David Mills said.

“My heart goes out to these kids. Every day these kids were apart just broke our hearts and motivated us to push harder to find a solution.”

The foundation, whose goal is to promote seat belt use through community involvement, awareness campaigns and school events and assemblies, was established in 2017 by the parents of 16-year-old Kailee Mills, who died after she was ejected from the backseat of car that veered off a road and overturned.

She, like Johanna Ferguson, was not wearing a seat belt.