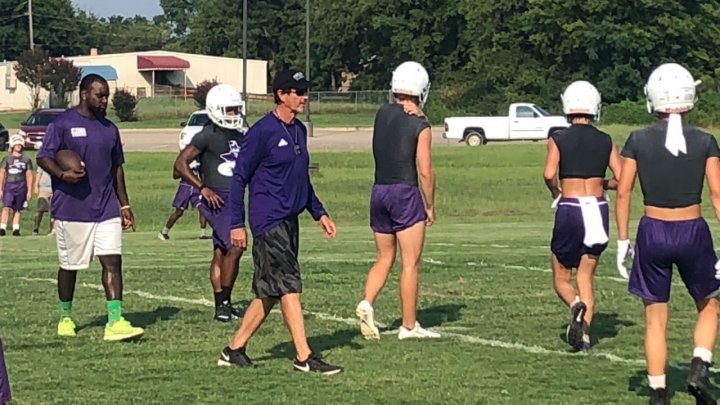 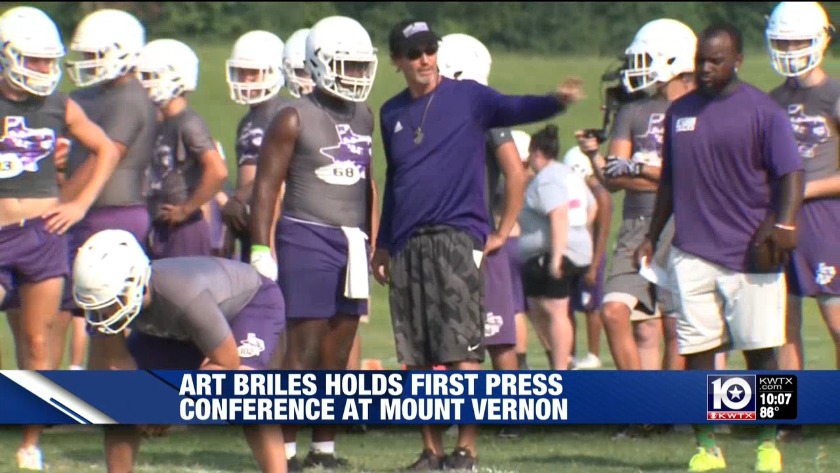 Art Briles coaches up his players during his first practice as the head football coach of the Mount Vernon Tigers.

Briles was hired in May to be the new head coach at Mount Vernon High School.

The district announced Friday that Briles would be available for the media following his first practice with the Tiger football team on Monday.

The district said Coach Briles would only answer questions about Tiger Football and that all Baylor related questions would be answered in a formal written statement provided to the media before the press conference.

Briles had been a high school football coach in Texas for 20 previous years before he made the jump to the collegiate level.

He had great success at Houston and then turned Baylor into a nationally prominent program during his time in Waco.

He was fired by Baylor in 2016 after the Pepper Hamilton report detailing a sexual assault scandal was presented to the Board of Regents.