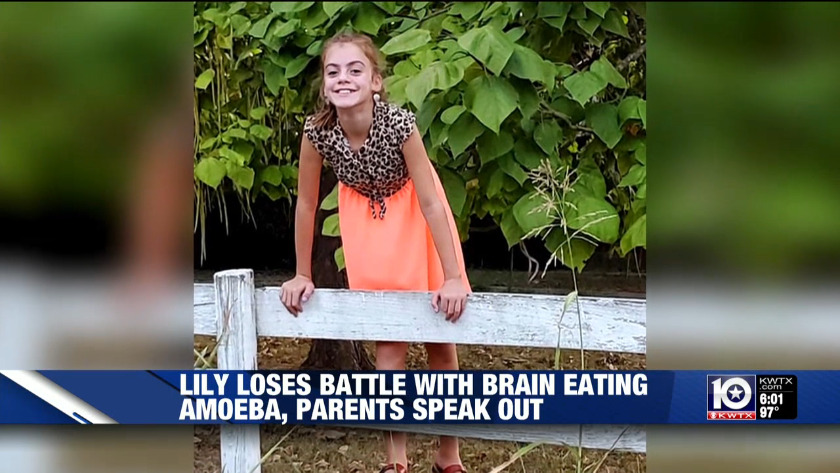 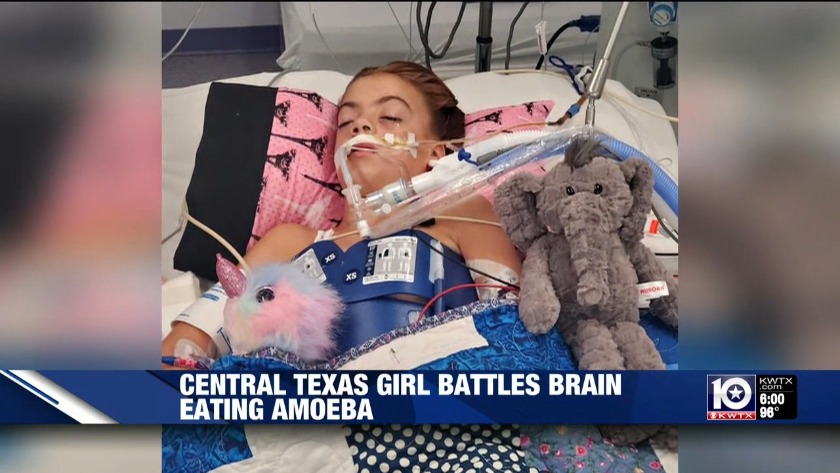 BOSQUE COUNTY, Texas (KWTX) The funeral service for Valley Mills Elementary School student Lily Mae Avant, 10, who died in a Fort Worth hospital after contracting a rare brain-eating amoeba, will be at 1 p.m. Friday at the Open Range Cowboy Church at 582 FM 1713 in Whitney, her family confirmed Tuesday.

The story of the fifth grader’s fight to survive circulated through news and social media across the U.S. and around the world.

“Words cannot begin to express how overwhelming this past week has been for our family. We have been flooded by your love and support and feel incredibly humbled by how many lives have been impacted by our sweet and sassy, Lily Mae,” the girl’s family said in a statement Monday after Lily died.

“Lily changed lives. Lily saved lives (in the physical and spiritual sense). She brought unity to a divided nation. Which, is just like her! She loved everyone she came in contact with, and we see you all felt that, via news reports or social media. She taught us so much more in her ten years than we ever taught her,” the family said.

"Our faith in God has only been made stronger because of each of you. We may never understand why certain things happen here on earth, but we know God never left our sides. He has been right beside us and will continue to be our strength and see us through this," the family said.

Proceeds from the sale of #LilyStrong T-shirts will also go to the family.

Lily swam in the Brazos River and Lake Whitney over the Labor Day weekend and then came down with a headache and a fever after swimming in a pool the next weekend.

She was taken first to a local hospital and then was transferred to Cook Children’s Hospital in Fort Worth.

Lily wasn’t far from the thoughts of her teachers and classmates at Valley Mills Elementary School and the word of her death left the small district “deeply saddened,” Valley Mills Superintendent Mike Kelly said during a news conference Monday.

“Lily was an absolute blessing to our elementary school,” he said.

“She was an outstanding student, but more importantly, Lily was an incredible person and friend to all. She was loving, kind, respectful and had a beautiful heart.”

“This campus and community are beyond blessed for the time we share with our Lily.”

“The family’s courage, strength and unwavering faith is a true inspiration to not only our community, but to all who have been following Lily’s story,” Kelly said.

The district will have grief counselors on campus for students and staff for the remainder of the week.

“Valley Mills ISD is a close-knit group, so this loss will impact many,” Kelly said.

The girl and her family live along the Brazos River in Laguna Park.

In Whitney, where Lily attended school several years ago, students and teachers observed two moments of silence Friday as a show of support.

The Texas Department of State Health Services confirmed the girl had primary amoebic meningoencephalitis, a brain infection caused by the so-called brain-eating amoeba Naegleria fowleri, which is typically found in fresh water bodies such as ponds, lakes and rivers.

The first symptoms of the infection typically appear about a week after the amoeba enters the nose.

“The amoeba is present in freshwater across Texas and elsewhere in the US, and there’s no particular body of water that would present a greater risk. Cases are extremely rare, despite the millions of people who swim in lakes and rivers every year,” agency spokesman Chris Van Deusen said.

“If your child starts showing symptoms and has recently been swimming in freshwater, tell your doctor! The quicker they get treatment, the better.”

To reduce your risk of infection:

• Hold the nose shut or use nose clips when taking part in water-related activities in bodies of warm freshwater such as lakes, rivers, or hot springs

• Avoid digging in or stirring up the sediment while taking part in water-related activities in shallow, warm, freshwater areas