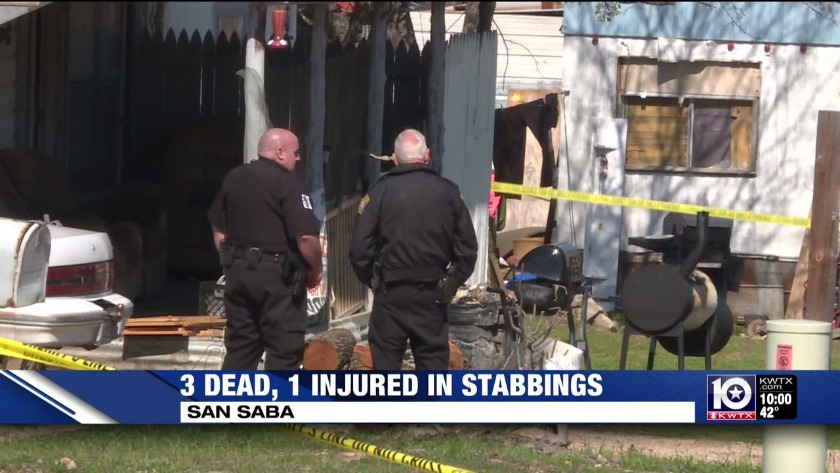 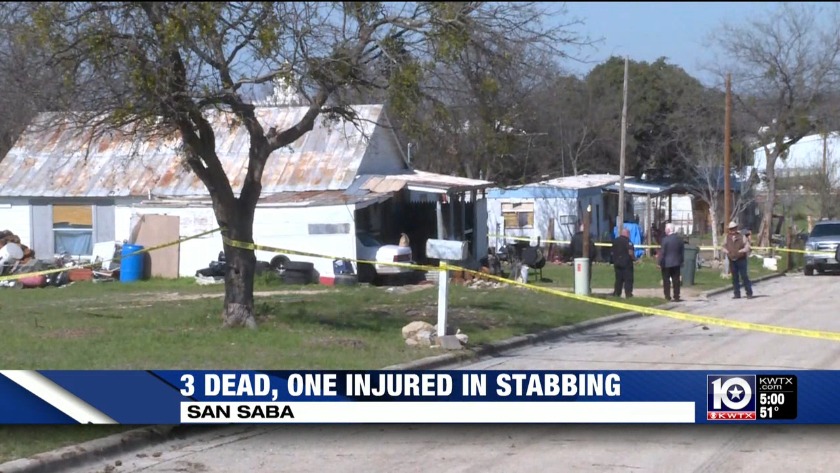 SAN SABA, Texas (KWTX) A suspect was in custody Friday after a man forced his way into a San Saba family’s home and stabbed a 62-year-old man, a 44-year-old woman and a 13-year-old seventh grader to death.

An 18-year-old woman, identified by her sister as Daniela Valencia, survived the attack, but was seriously injured.

Valencia's sister identified the two adult victims as Ronnie and Elizabeth Crim and said Ronnie Crim was the uncle of Anthony Wayne Pierce, 22, who was arrested and jailed in neighboring Mills County following a chase Friday morning.

She said her sister was dating Pierce.

The 13-year-old victim was a friend of Valencia’s and was visiting at the home on South Bluffton Street at the time of the break-in and attack early Friday, she said.

The sister of Elizabeth Crim says the loss of her sister is indescribable.

"It's hard, it's hard to know I've lost another sister," Lynda Valdez said.

Valdez says her brother told her about the tragedy.

Pierce, whom Mills County Sheriff Clint Hammonds described as “a person of interest” in the attack, was arrested following a pursuit that ended when the small pickup he was driving crashed into the Goldthwaite Senior Center in the middle of town.

The pickup belonged to one of the victims, authorities said.

San Saba ISD Superintendent Wayne Kelly says officials contacted him at around 6:30 a.m. Friday and told him the attack happened at a home one mile away from the school.

"We are just so heartbroken that this happened to a little girl in our community," Kelly said.

A crisis team of counselors and pastors was in the school library Friday morning, available to speak with any students, faculty or staff.

Late Friday, a plethora of questions remained to why this happened.

"I don't know why he did it, but I hope he gets everything he deserve," Valdez added.

Shot fired after argument in local neighborhood ‘got physical’

Shot fired after argument in local neighborhood ‘got physical’