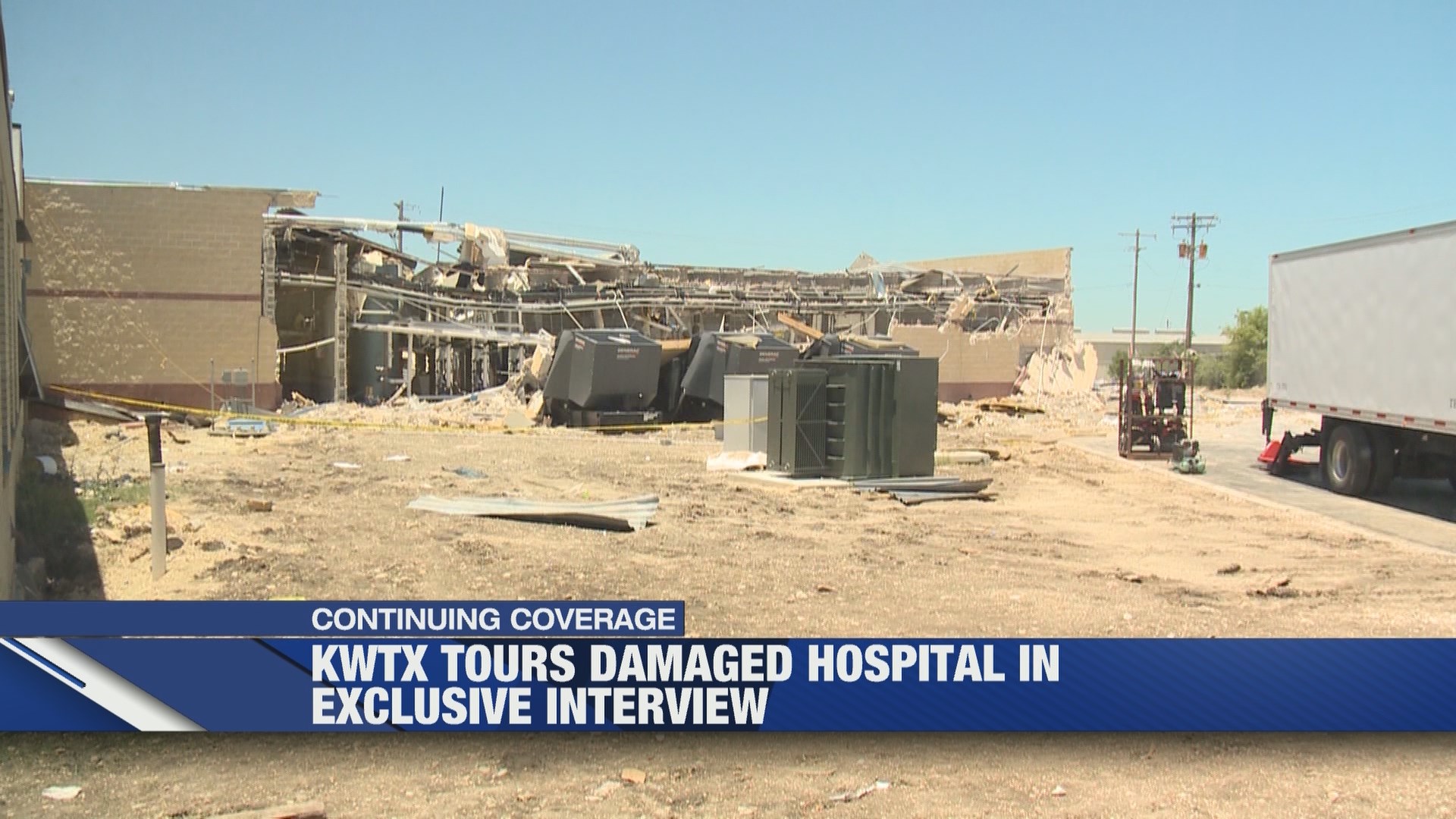 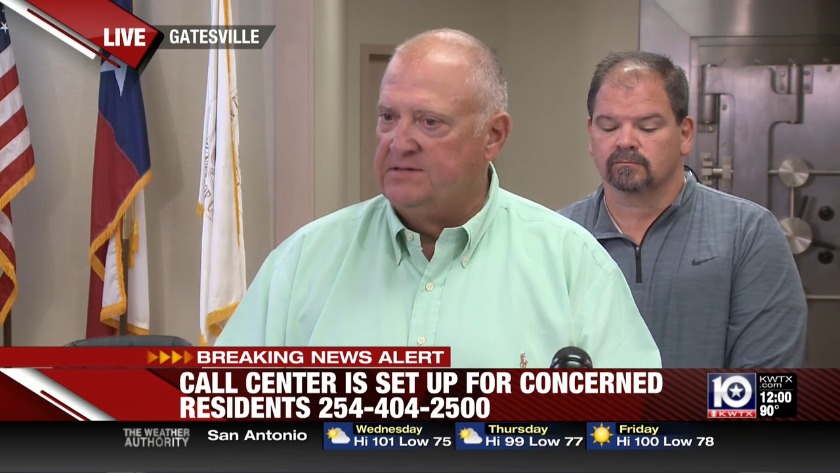 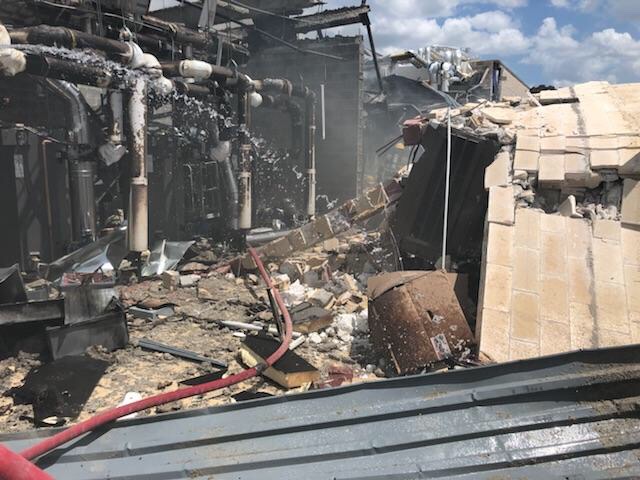 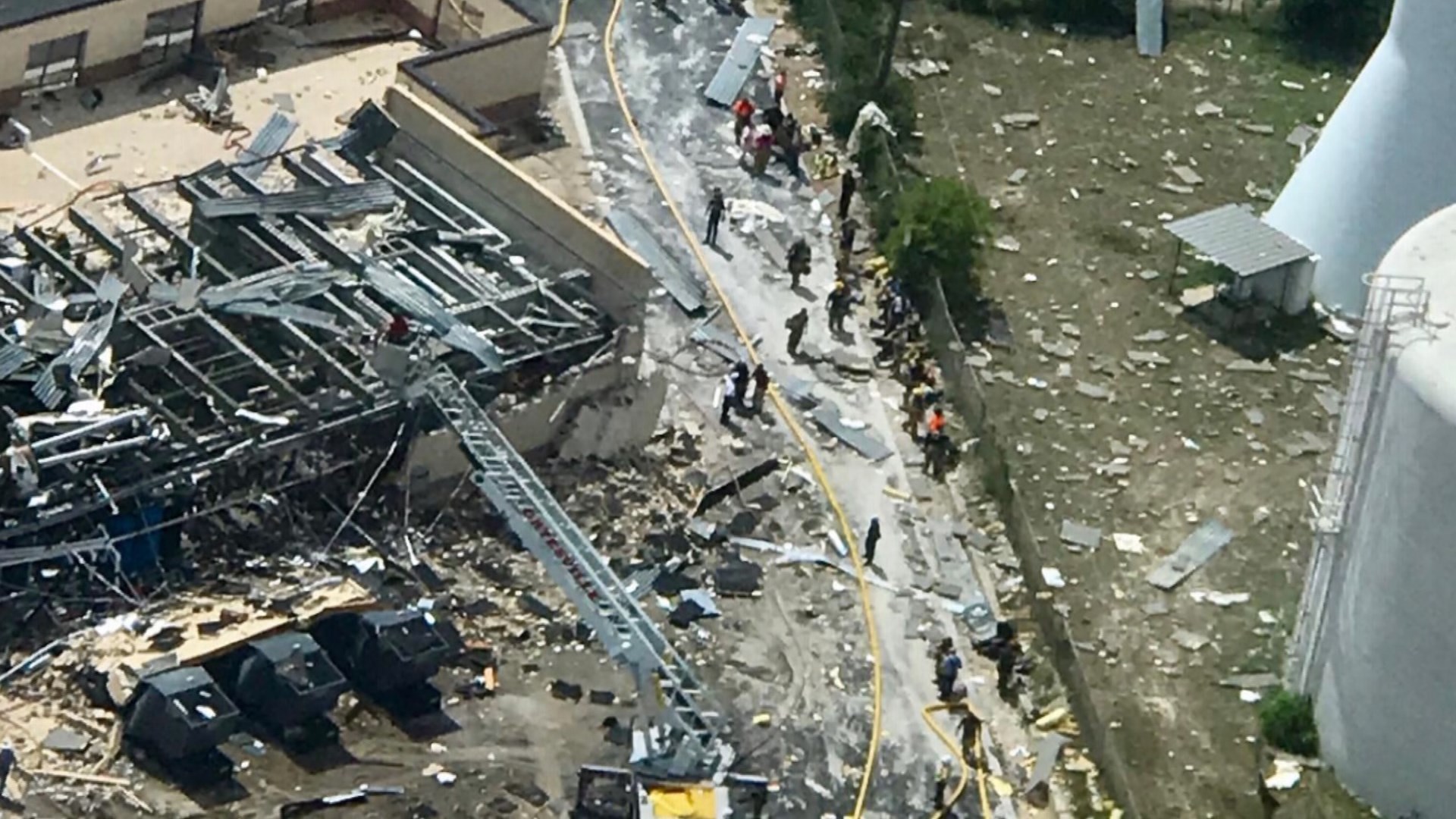 GATESVILLE, Texas (KWTX) Investigators from the State Fire Marshal’s Office were able begin collecting evidence Friday from inside the building on the campus of Coryell Memorial Hospital in Gatesville where an explosion claimed the lives of two construction workers and severely injured more than a dozen others.

“They have now ordered 3D scanning late Friday and Saturday,” he said.

"It still looks like days before we will know what caused the explosion,” he said.

The physical plant on which the crew was working was designed to house boilers and chillers for the facility.

Earlier Friday, Gholke announced that a second worker had died of injuries suffered in the explosion.

Michael Bruggman of Rogers, died in the blast Tuesday.

Three of the injured survivors are hospitalized in San Antonio, three are at Dell Seton Medical Center in Austin, two are at Parkland Memorial Hospital in Dallas and six are at Scott & White Medical Center in Temple.

Authorities have not released the names of any of the injured victims, but friends and relatives have been coming forward with information.

Aaron Haveron, the pastor of a United Pentecostal Church in Marlin, is in critical condition at Parkland Memorial Hospital in Dallas.

Father and son, Vernon Barabas of Waco and Justin Barabas, 23, of China Spring; Wilber Dimas, who lives in the Waco area, and Matt Aaron of Oglesby, are also among the injured.

Dimas is in ICU, unable to speak with burns over 70 percent of his body, according to a post on a GoFundMe page.

He faces a series of surgeries, the post said.

No patients at the hospital at 1507 West Main St. were hurt, officials said.

A source close to the investigation said Bruggman was installing an air conditioning unit on top of the building at the time of the explosion.

A memorial service for Bruggman begins at 11 a.m. Monday at the Frank W. Mayborn Civic & Convention Center at 3303 North 3rd St. in Temple.

Visitation begins at 10 a.m. at the center.

Bruggman, 43, was a Temple native who graduated in 1992 from Academy High School and went on to attend Sam Houston State University.

Adolfson & Peterson Construction, the general contractor for the project, issued a statement Wednesday in which it said all 16 of the workers were employees of Lochridge-Priest, Inc., and were working near the central utility plant building when the explosion occurred.

“Our team is deeply saddened by this tragedy and we are working closely with our partners at Coryell Memorial and Lochridge-Priest to provide support during this time. Our sincere condolences, thoughts and prayers are with the families and friends of those injured and lost,” said Corbett Nichter, president, Gulf States Region, Adolfson & Peterson Construction.

But on Thursday, Lochridge-Priest, issued a statement in which it said Bruggman and five of the injured workers were employees.

A company spokeswoman said they were among 15 Lochridge-Priest workers on site at the time of the explosion, but the other nine weren't among the injured.

It's not clear by whom the rest of the injured workers are employed.

The company said in a press release Thursday that it’s working to ensure “protocols were followed during this incident” and to ensure that employees and families are provided with all possible support.

"First and foremost, our priority is to provide any manner of support possible to our valued LPI family, along with their loved-ones. As an active member in the Central Texas community, we take seriously any event that impacts the lives of Central Texans, and we are dedicated to helping our Lochridge-Priest family to move forward. Please pray for us,” said Skip Burch, president of Lochridge-Priest, Inc.

“This is Ground Zero,” hospital spokeswoman Carly Latham said Thursday as she led a KWTX reporter and photographer up to a window that looks out on the building in which the explosion occurred.

“I mean you can see you can see for yourself how strong that blast must have been to make to do that much damage,” she said.

The scope of the investigation into the cause of the deadly blast has narrowed to the new physical plant under construction behind the existing facility that will house the hospital's new physical plant including boilers and chillers.

Several witnesses said a generator used to power workers' tools exploded and officials said a natural gas line may have been involved.

A high-pressure natural gas line feeds the plant, but despite reports to the contrary, it’s not yet clear what caused the blast.

"The cause of the incident has not been determined. The investigation into the cause of this incident continues," Texas Railroad Commission spokeswoman Ramona Nye said in a statement Thursday.

"On June 26, Atmos Energy, Mid-Tex reported a natural gas explosion within the boiler room of a hospital, which had been undergoing renovations. Atmos reports that all natural gas mains leading to the hospital were isolated," she said.

A railroad commission inspector is at the hospital to determine whether any pipeline safety rules were violated, she said.

Atmos, meanwhile, issued a statement Thursday in which it said it has conducted “a thorough investigation of its natural gas system in the area.”

“We have completed the investigation that included multiple leak surveys of our natural gas system in the area up to the outlet of the meter station. There were no leaks on Atmos Energy’s natural gas system, the company said.

Gatesville Police Chief Nathan Gholke said the investigation could wrap up as early as this weekend, but said it could stretch into next week.

Investigators released almost all of the hospital’s existing buildings to Coryell Memorial Wednesday.

The blast did cause damage to existing buildings, but hospital CEO David Byrom said Thursday the damage is not catastrophic.

“We’ve had teams on the roofs, we’ve got teams inside checking things out and we don’t anticipate major damage,” he said.

Latham took the KWTX crew through the building Thursday, pointing out damage in the emergency room and minor structural damage through a long hallway.

“You know it was a tragedy the way that things happen but it really could have been a lot worse so we're thankful we're gathering together we're moving on,” Latham said.

Byrom said the facility, its clinics and nursing and assisted living facilities will be reopened in phases.

The first phase of assessment and remediation should be completed by next Friday or Saturday, he said.

The primary issue is the impact of the explosion on utilities, including natural gas and electricity.

Atmos crews were rerouting some natural gas lines to the existing facilities, which were still without electrical power Thursday.

Reopening the emergency room, X-ray department, lab and pharmacy are priorities he said.

In the meantime doctors are still seeing patients, who were transferred to Goodall Witcher Hospital in Clifton and Hamilton General Hospital.’

A backup generator maintained power to the hospital’s computer system, the phone system works, and doctors and nurses still have access to patient records, he said.

All of the healthcare systems 500 employees will remain on the payroll, Byrom said.

Coryell Community Church is still serving as a staging area for healthcare system employees and staff, he said.

The Oaks at Coryell and the Meadows near the Gatesville hospital, both of which are nursing facilities, were also evacuated and residents were moved to other facilities.

About 35 of the evacuees were at Westview Manor Thursday. Another 21 were at Hillside Medical Lodge and eight were at Sunset Lutheran Ministries, along with some assisted living patients, Byrom said.

Ground was broken in November 2016 for the major renovation and expansion project at the hospital.

The drive was put on by Carter Blood Care and held at the grocery store in response to the fatal hospital explosion that occurred Tuesday.

Organizers said the event drew nearly triple the number of people who usually show up to donate and they were able to collect 50 units of blood. (Christopher Shadrock)