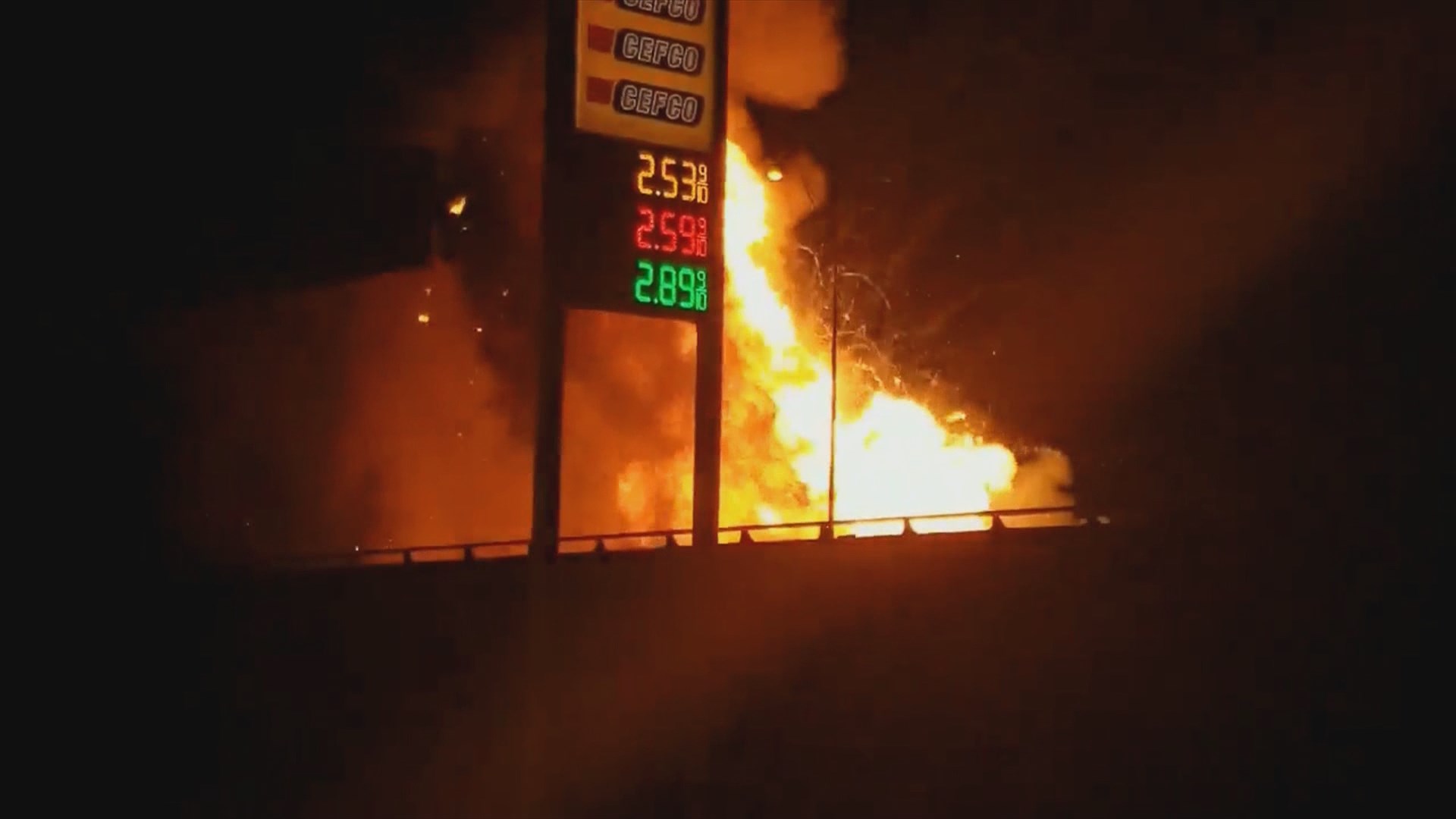 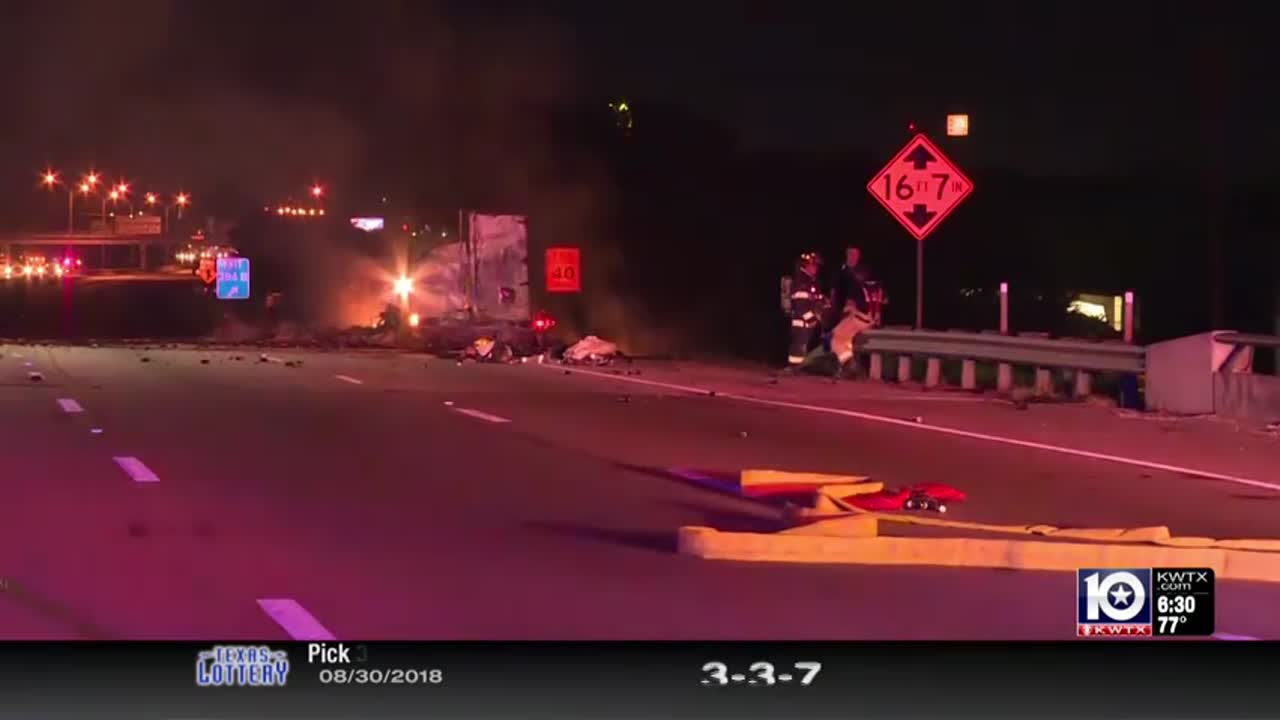 BELTON, Texas (KWTX) Update: Noon: All lanes of I-35 have reopened.

Update: 10 a.m.: One lane of northbound traffic has re-opened.

Update 8:21 a.m.: Southbound lanes have reopened and traffic is moving again on those lanes between Temple and Belton.

Northbound traffic is backed up to Loop 121 on I-35 and to George Wilson Rd on I-14/US 190. Alternate routes still advised. Expect continued delay.

An 18-wheeler fire in the northbound lanes of Interstate 35 caused both directions of the roadway to be shutdown Friday morning.

This happened in Belton between 6th Avenue and the Highway 190 entry ramp before 4:00 a.m.

The southbound lanes had re-opened by 8:00 a.m.

Traffic was being diverted onto the northbound access road.

The truck caught fire on the interstate, and the fire quickly spread to its trailer.

That trailer was filled with Axe spray deodorant cans, which were launched across both directions of Interstate 35 once the fire reached them.

No one was hurt in the incident.

Crews expect cleanup to last until around 11:00 a.m.

Police make arrest after standoff in a local neighborhood

Multi-vehicle crash backs up I-35 traffic

Police make arrest after standoff in a local neighborhood

Multi-vehicle crash backs up I-35 traffic