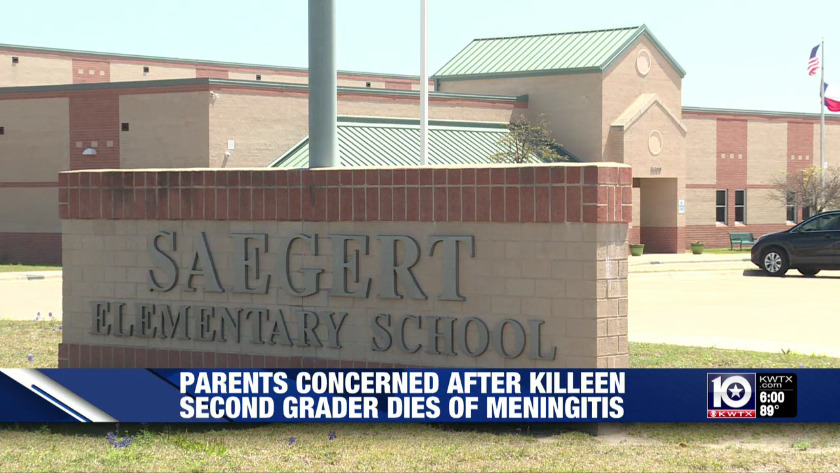 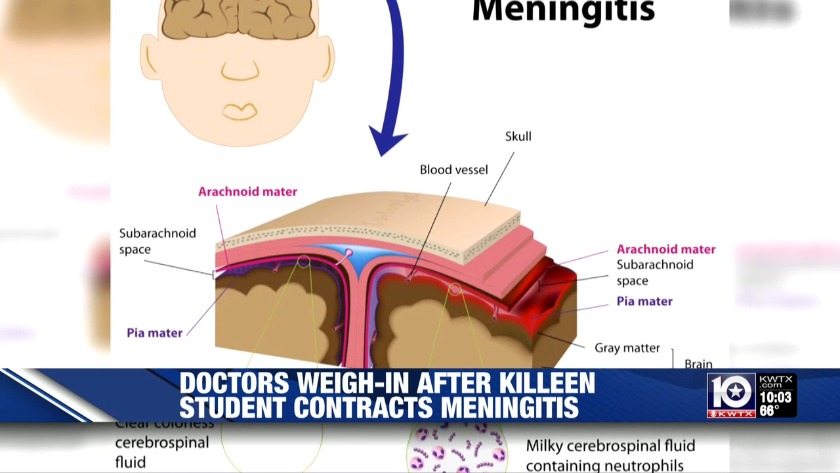 Hospitalized student has one of the deadliest forms of meningitis

KILLEEN, Texas (KWTX) A student at Saegert Elementary School in Killeen who was hospitalized after falling ill with pneumococcal meningitis, one of the deadliest bacterial forms of the disease, has passed away, Killeen ISD officials announced Thursday.

"We are deeply saddened to report that the Saegert Elementary School student (a second grader) diagnosed with a form of bacterial meningitis has passed away,” the district said in a statement Thursday.

“Our deepest condolences go out to the family, friends, and teachers of the student.”

The district said counseling teams will be at Saegert Thursday.

“The school is safe and no other cases of meningitis have been reported,” the district said.

“To actually hear that the child passed really makes you see how serious it is,” says Juanita Cannie, a Saegert Elementary School parent who chose to keep her children home after learning of their classmate’s death on Thursday.

“We would like to know was the child in my child's class? Did they come in contact at all throughout the day? Kids usually spread the most germs- coughing, water fountains. You just don't know who or what is going on, so I'd rather be safe than sorry,” Cannie said.

“How are they going to prevent this from happening again and also prevent the spread because it's life-threatening especially for kids?” Damillah Lane said.

The Bell County Public Health District declined to answer questions about the case and its response.

State health officials say pneumococcal meningitis is rare and that most school-age kids have been vaccinated against it.

Killeen ISD Superintendent John Craft sent emails Tuesday to parents of students at Saegert after the district was advised that the student had been hospitalized.

A team of more than 20 with expertise in deep cleaning scrubbed surfaces at the school the student attended, along with a sibling, Tuesday night using a hospital-grade disinfectant, the district said.

The student rode a bus to school and the bus was also cleaned with a hospital-grade disinfectant Tuesday night, the district said.

District officials say they aren't sure where the student contracted the disease.

Waco family physician Dr. Tim Martindale says, because of vaccine programs, he hasn't seen a case like this in years.

"In general, any 8-year-old has had several vaccines already against this disease, and so that specific bug has been vaccinated and most children are almost thoroughly protected from it," Martindale said.

"It's very rare nowadays to have bacterial meningitis."

"Meningitis is a close-contact illness, if you're simply in the same building, the likelihood of you getting that illness is extremely low," said Martindale.

"Anyone with a significant reason to suspect their child might have meningitis - I'd skip the doctor and head straight to the emergency room," said Martindale.

Meningitis is spread through the air by coughing, sneezing, kissing or sharing anything by mouth.

"The average time to develop after exposure is three to five days, so by Monday, no one needs to worry about that exposure, probably," said Martindale.

Bacterial meningitis can be severe, is potentially deadly, and may also result in brain damage, hearing loss, amputation or learning disabilities, the Texas Department of State Health Services says.

"Meningitis is one of the scarier things any doctor has to deal with, because while many are 'ok' with viral cases, when it's a bacterial meningitis, there's the concern that this can be quick and lethal," said Martindale.