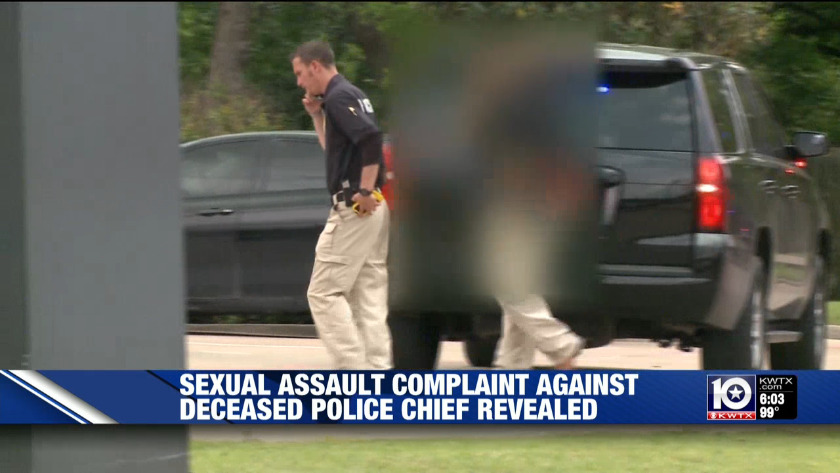 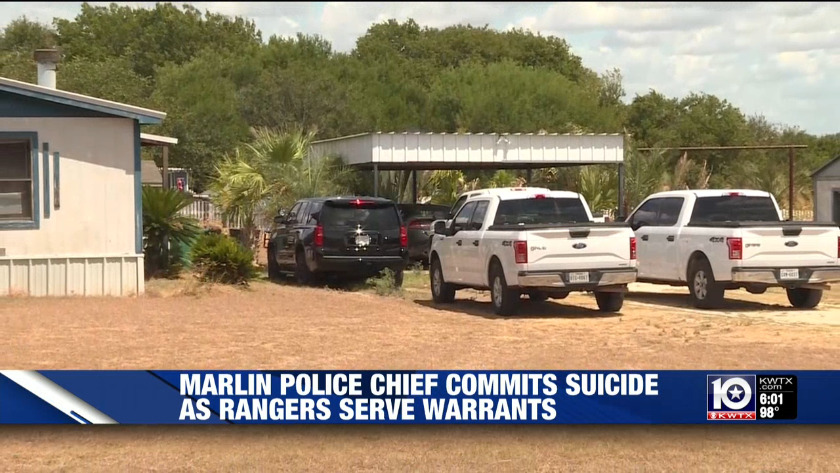 MARLIN, Texas (KWTX) Marlin police Chief Nathan Sodek, who shot himself to death Friday as Texas Rangers arrived at his home in Bruceville-Eddy to serve warrants, confessed to having sex with a 35-year-old check forgery suspect who told investigators in a sworn statement she felt like she “had no other option but to have sex with him if I didn’t want to go to jail.”

KWTX has obtained a copy of the woman’s sworn statement in which she said she felt “powerless and helpless to the entire situation.”

According to an arrest warrant affidavit KWTX obtained Monday that was submitted last Friday, Sodek, during an interview with a Texas Ranger, “confessed to engaging in sexual intercourse (with the woman) while on duty in his city issued police vehicle in late April or early May.

The woman, in her statement, said she was arrested earlier this year after trying to cash a check “from a deceased person’s account,” but was released and told to return to the Marlin Police Department the next day.

When she did, according to the statement, she was told that if she “went and made a buy from three dealers that I wouldn’t have to worry about the warrant.”

“During the entire time of the buys, the chief was messaging me telling me how beautiful I was and how he wanted to go out with me on St. Patrick’s Day to have drinks on 6th Street in Austin,” the woman said in the statement.

Sodek gave the woman his personal phone number and told her “to text him on that number if it wasn’t pertaining to police work,” according to the statement.

Sodek, the woman says in the statement, held her ID for almost two weeks after retrieving it from the library where she left it and then told her to meet him in Falcon (Falconer) Park in the 600 block of Perry Street, asking her if she liked chocolate.

“He showed up at (Falconer) Park with chocolate and told me he needed to talk to me about another buy, but we needed to go to the Marlin City Park.”

When the two got to the park, the woman said in the statement, Sodek got out of his patrol unit to smoke a cigarette, and then, when he got back in, exposed himself to her.

“I was disgusted and shocked but knew where this situation was headed,” she said.

Sodek got out of the car, came around the passenger side and asked the woman if she had a condom, in response to which she said she did not, the statement says.

He then began “to pull my short and underwear down,” she said, and then the two “had intercourse for about five minutes,” according to the statement.

Afterward, the woman said, Sodek told her “nobody needs to find out about this,” and then dropped her off at a gas station and left.

Sodek was appointed chief in December after serving as Marlin’s interim chief following the resignation of former Chief Mike Pesses.

Falls County deputies stepped in to handle police operations over the weekend, but on Monday Marlin City Manager Cedric Davis, Sr., who said he has current law enforcement certifications, was named to serve as interim chief for no more than 90 days, during which time the city will seek a replacement for Sodek.

The opening will be posted on Friday, city officials said.

Davis, 52, the former mayor Balch Springs, was named city manager in May.

His contract includes a provision that allows him to step in as police chief in an emergency situation, he said.

The Falls County Sheriff’s Office will continue to provide assistance to the department, all of whose officers reported for work Monday, officials said.

Sodek is the second chief of the Marlin department to die of a gunshot wound in less than four years.

On Nov. 10, 2015, Marlin police Chief Darrell Allen, who was shot and critically wounded during a struggle with a man on Nov. 1, 2015, while working security at a bar in Temple died at Scott & White Medical Center in Temple where he’d been in critical condition since the shooting.

Derrick Wayne Gamble, 24, was arrested after the shooting at the Laid Back Lounge and was initially charged with aggravated assault with a deadly weapon.