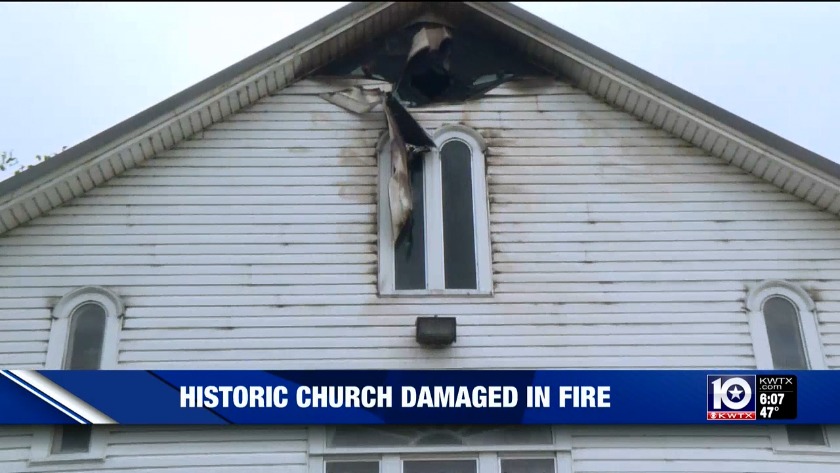 Community comes together after church fire 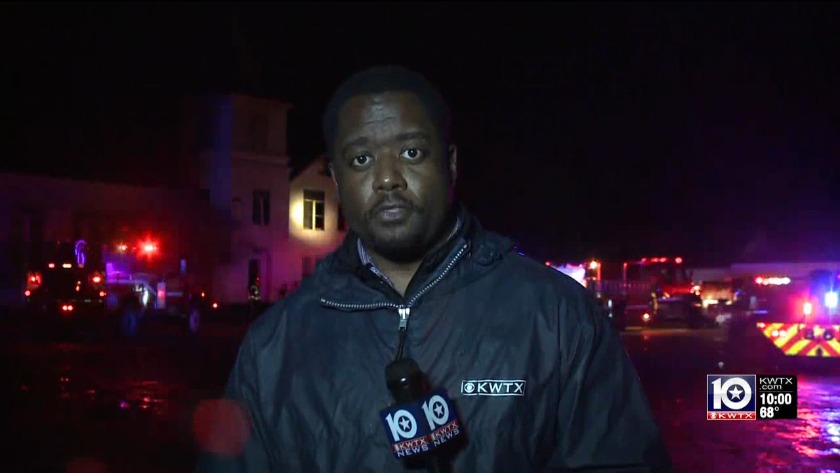 BELL COUNTY, Texas (KWTX) Fire that may have been sparked by a lightning strike, severely damaged a historic rural Bell County church Thursday night that was among the oldest church buildings in the county.

The Ocker Brethren Church east of Temple, well known by those in the area as an anchor of the community.

“We’re saying it’s is salvageable, and that’s a good thing,” he said.

The Ocker Brethren Church, a congregation of the Unity of the Brethren denomination, selected a spot near Zabcikville in 1892 and dedicated the new building a year later, the church history says.

The Rev. Adolph Chlumsky led the first congregation in Bell County, an offspring of the first Ocker Brethren congregation organized in Wesley, Texas in 1864.

In 1903, several congregations united to form what is known today as the Unity of the Brethren.

The building that burned Thursday night was built in 1930, the church’s history says.

Units early on scene reported seeing heavy smoke and flames from the rear of the church building located on State Highway 53 just east of Zabcikville and they found fire engulfing the back of the wooden church extending up into the attic.

The building is a large, wooden structure which is almost as big as the Westphalia church destroyed by fire in July 2019.

The first call for mutual assistance Thursday was sent at 7:45 p.m., the fire marshal’s office said, and units from several surrounding agencies responded, including Westphalia and Rosebud.

Firefighters said lightning may have sparked the fire that engulfed the building.

Pastor Brad Herridge said the church is an important part of the rural community's history, and Cox agreed.

“It’s been there forever, seems like, and I’ve been there myself,” Cox said, who then told the story of attending a funeral for an old state trooper who passed away who had attended the church.

“He was buried in the cemetery that’s right there and the whole congregation walked from the church to the graveside for the service.”

The effect on the community was very much the same when the 125-year-old Church of the Visitation in Westphalia burned, though residents were able to save the tabernacle, which houses the Blessed Sacrament, even as the fire burned that eventually destroyed the largest wooden structure west of the Mississippi River, according to some sources.

That building contained more than 20 stained glass windows, all shipped to Central Texas from Germany, the largest of which was behind the main altar and depicted the Visitation of the Blessed Virgin.

The building was completed in February 1895 and had been expanded several times in the past century.

Most devastating in that fire was the loss of the church’s more than 100-year-old, hand-built and pedal-operated German pipe organ.

That congregation was in the midst of planning it’s 125th anniversary celebration when the church burned.