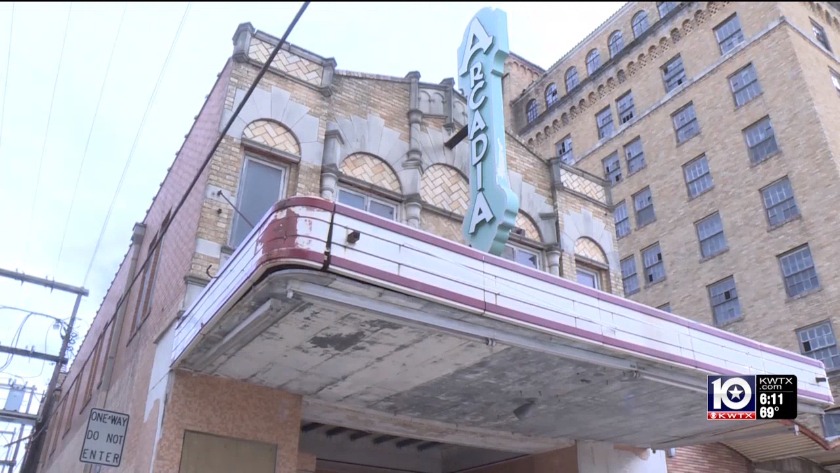 Temple: Historic buildings get a face-lift

The clinic hosted a ceremony on Friday afternoon, dedicating a marker that was installed in front of the hospital honoring those who sacrificed their lives and were wounded in combat. (Photo by Alex Gibbs)

The clinic hosted a ceremony on Friday afternoon, dedicating a marker that was installed in front of the hospital honoring those who sacrificed their lives and were wounded in combat.

Jon Lunkwicz, the Military Order of the Purple Heart state commander, says he was proud to honor the veterans and the clinic that has taken such good care of them.

"Stick with the VA because they'll take care of you in the long run," he said.

"Not everyone would be a Purple Heart city or county, they have to demonstrate and especially this place demonstrated their excellent health care to veterans."

Speakers included Lazaro Camarillo, an Army paratrooper who earned his Purple Heart during the May 1969 Battle of Hamburger Hill in Vietnam.

He said he was proud to honor anyone who takes care of our military.

"We do not leave anybody behind. We'll recognize all veterans," he said.

Additional Purple Heart markers will be installed at the Waco, Austin, and surrounding VA clinics in Central Texas.

KWTX received a Regional Edward R. Murrow Award and Lone Star Emmy in 2016 for the documentary, “We Can’t Forget Vietnam.”

This documentary is now part of the Department of Defense Website commemorating the 50th Anniversary of the Vietnam War.

The KWTX documentary “From the Ashes of Vietnam” was honored with a National Edward R. Murrow Award by the Radio-Television-Digital News Directors Association.