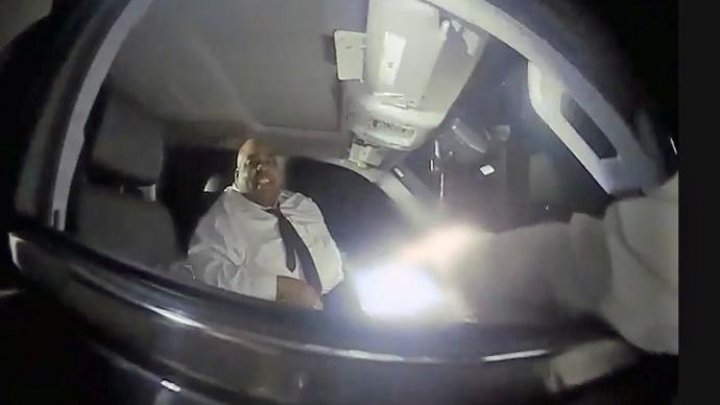 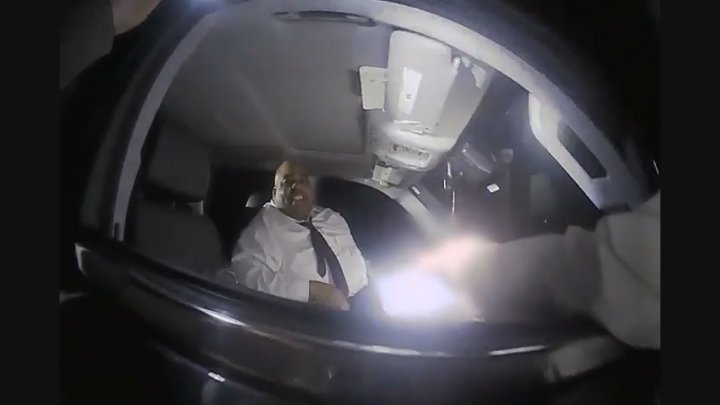 A frame grab from video of the traffic stop that led to the arrest of now former Waco ISD Superintendent Marcus Nelson. (DPS)

He was arrested late on the night of March 6 after a Department of Public Safety trooper on routine patrol spotted a 2007 GMC Yukon traveling north on U.S. 190 south of Hearne in the left lane and not passing.

The trooper pulled the Yukon over, smelled marijuana, searched the vehicle, seized a small quantity of the drug and seized it, authorities said.

On the video Nelson tells the trooper he was returning from Houston and initially says “No sir” when the trooper asks if there was anything illegal in the vehicle.

“You sure?” the trooper asks, “Because it smells like weed.”

Nelson asks the trooper to cut him a break as he’s ordered to step out of the vehicle and tells him he’s going to search the vehicle.

“You got something in the car, don’t you?” the trooper asks.

“Yeah,” Nelson replies, “and I can’t get ruined over this.”

“You’re not going to get ruined,” the trooper says.

"But that's a decision that you made, okay?" the trooper responds. "I've got a job to do, alright?"

After the trooper tells Nelson he was making him nervous by not answering his questions, Nelson admits "It's just a blunt."

As he's detained on the side of the highway, Nelson continues to plead with the trooper as he's searching the vehicle, saying he has a family and doesn't have a record.

It takes the trooper about eight minutes to find the drugs in a plastic bag in the vehicle.

Nelson was charged with possession of marijuana less than 2 ounces and was released 12 hours later, on his own recognizance, according to online records.

Following a statewide DPS directive in June, three months after Nelson's arrest, troopers were instructed to no longer arrest, but instead cite and release suspects in drug cases involving less than four ounces.

Although Nelson had less than two ounces, he would likely still have been arrested because one of the stipulations of the new policy is troopers can "cite and release" only in the county where the crime happened: Nelson lives and works in Waco and told the trooper that night he was coming from Houston.

"Mr. Nelson, we're not in Harris County, alright?" the trooper says in the 56-minute long video. "You're going to be placed under arrest for possession of marijuana."

In a statement Monday, Nelson again expressed remorse over the incident.

”I deeply regret my actions of six months ago, and it’s my sincere prayer that others can learn from my experience. I’ve lost a job I love and the respect of my colleagues and peers. I look forward to putting this behind me and growing from this and returning to serving the children of our state and creating opportunities through education.”

On March 15 Nelson agreed to a plea deal with Robertson County prosecutors under the terms of which the drug possession charge will be dismissed if he completes a 90-day diversion program.

Nelson was also ordered to pay a $500 fine as part of the deal.

Six days later, on March 21, the Waco School Board unexpectedly announced that Nelson had submitted his resignation effective at midnight.

As part of the separation agreement unanimously approved by board members, Waco ISD agreed to pay Nelson $96,000 over a period of four months.

A week later, on March 28, the board named retired educator Dr. Hazel Rowe as interim superintendent.

She served as the district’s interim superintendent during the 2000-2001 school year and was a member of the board of Transformation Waco, the in-district charter created to oversee five struggling Waco schools.

On Aug 8, the Waco School Board named Belton ISD Superintendent Dr. Susan Kincannon as the lone finalist for the superintendent’s job Wednesday evening.

Kincannon was selected from among 84 applicants.

Kincannon's start date with Waco will be set when contract negotiations are finalized Aug. 29--nine days into the school year.

(Rissa Shaw contributed to this story)

Suspect in deadly shooting on local campus indicted for murder

Suspect in deadly shooting on local campus indicted for murder