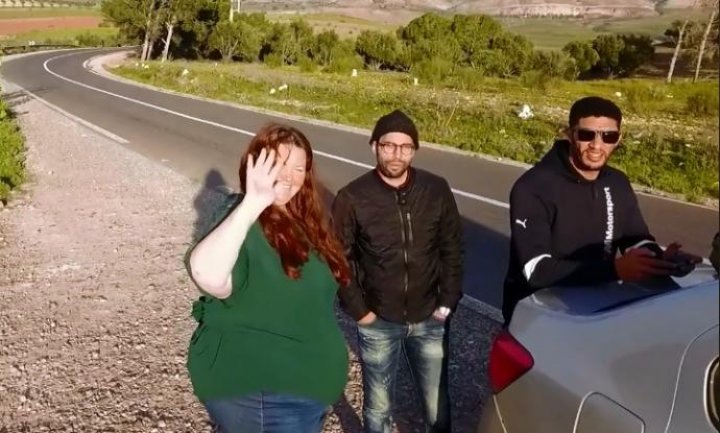 From Mexia to Morocco: Sheriffs reflect on 'bad' case of trafficking 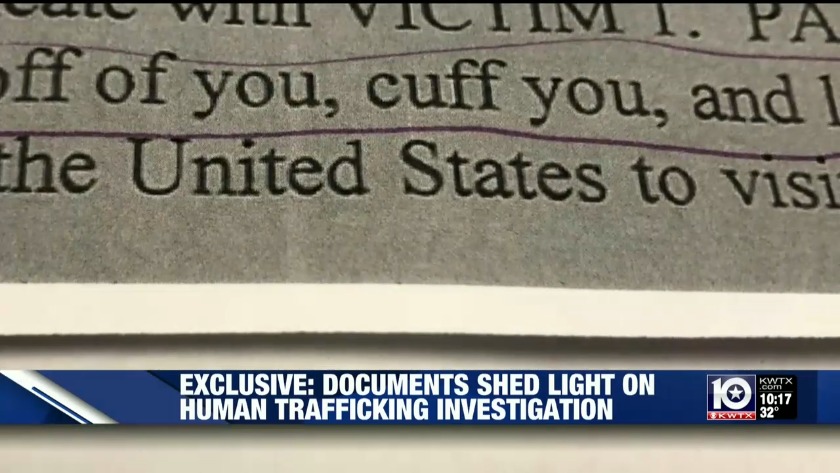 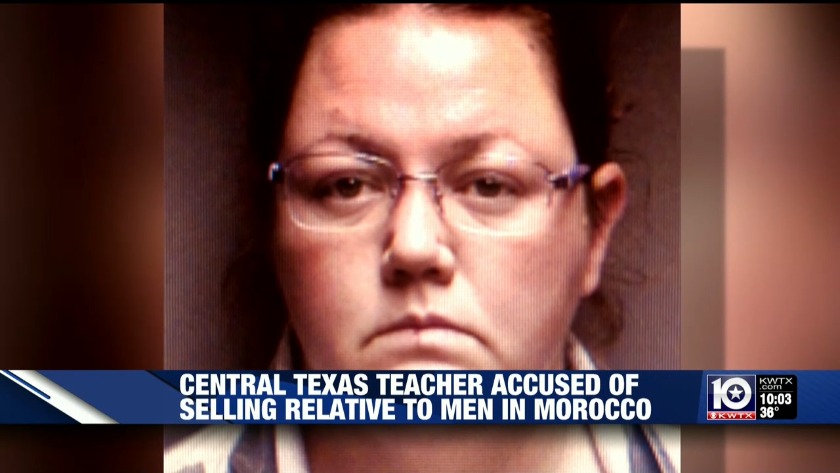 Bond for the woman, accused of trafficking an underage relative, was originally set at $25,000.

The felony charge comes with a minimum punishment of 25 years and up to life in prison, according to the Texas Penal Code.

While jailed, Parker is currently refusing to talk to investigators but hasn't requested a court-appointed attorney yet, FCSO administrators said Friday.

Sheriff Jeremy Shipley says no one in his department had spoken with law enforcement in Morocco, however, U.S. federal agencies were made aware of the case.

A woman has been arrested in a multi-agency human trafficking investigation in Central Texas.

Amber Michelle Parker, 37, has been charged with trafficking of persons.

Officials say she was conspiring to traffic her underage relative online to multiple men in Morocco.

"She was online talking to multiple guys in Morocco trying to get it setup where she could take her with her over there to them," said Freestone County Sheriff J. Shipley.

According to the affidavit obtained by KWTX, at her home Nov. 19, Parker initiated a 3-way message on Facebook with two men from Morocco and sent them a photograph of the victim in lingerie, telling one of the men "She (the victim) wants to peel your uniform off of you, cuff you, and lick your abs."

"Parker begins to discuss with the two men flying to the United States to visit, and engage in sexual intercourse with both her and the victim," the affidavit states. "During the conversation, the males are trying to have both Parker and the victim travel to Casablanca, Morocco to engage in sexual acts, after Parker indicates to the men that the victim is a virgin, and provides her age."

The document goes on to say, discussions of sexual acts and traveling to the area to perform them continue, and during an interview with law enforcement, the victim says Parker was taking the photos being sent and was "telling her the positions to be in, what to expose, and how to take the photographs to keep the male interested in her."

Sheriff Parnell McNamara said FCSO reached out to them to help on the human trafficking part, and Scaramucci went there several times beginning Dec. 26 to meet with the witness wanting to report the possible sex-trafficking occurring, and later to help with writing and executing search warrants in the case.

"It's a very low-down thing, it's the worst of the worst when you prostitute your own relative, that's as low as you get," said McNamara. "It's sickening to think a woman would stoop that low."

While there may not be an immediate, obvious connection to the human trafficking element, MCSO officials said Parker is allegedly involved in Wicca, or pagan witchcraft, and haven't ruled it out as they are still in the process of gathering evidence in the case.

According to documents obtained exclusively by KWTX reporter John Carroll, in an interview, Amber's husband told investigating deputies she told him in early 2018 she was going to become a member of a "cult called Wicca."

"Mr. Parked explained that at some point during the year his wife had created an anonymous Facebook page to where she could secretly communicate with strange men associated with the Wicca organization," the document reads. "During the year his wife had left to go to Louisiana to meet with her healer and again to Waco to meet with someone in her group."

One of the photos reads, "Don't try to figure me out I'm a special kind of twisted."

Another says, "As a witch I have 3 sides - the quiet and sweet side, the fun and crazy side, and the side you never want to see."

A third states, "I just want to be happy and have wild crazy sex with someone that likes me."

"Witch: I will light your way in your hour of need. You betray me; I will bury you in darkness!" a fourth photo reads.

Following the story's release, members of the Wicca community have come forward defending their religion, saying the allegations of acts involved are not at all part of their belief system or culture.

McNamara said the victim was out of the area and safe; he says the girl's father came from out-of-state to pick her up while Parker was in Morocco - a trip she just returned from Tuesday night.

A man has come forward defending Parker, claiming she's innocent and she went there for him, not for trafficking, and told KWTX he had a video to prove it.

"...we spent good time, I showed her my city, my life and introduced her to my family..we enjoyed time together," Youssef Derkhi said in a Facebook post under the name YRider Joe. "...she came to Morocco for love, not for (Selling her child into human trafficking)."

"I wish from everyone in America and her family to support her and to have a look to our video and please share it so make people aware that the Teacher in Mexia is totally innocent," Derkhi says at the end of the post.

The almost 4-minute long (mostly drone footage) video clip which KWTX was granted permission to use, appears show Parker on the beaches of Morocco weeping, saying she's upset to leave the man she loves "more than there are stars in all the heavens."

"This is Amber Parker, and I want to tell you about the most beautiful time of my life this far, I took a trip to Morocco and arrived a broken woman without a smile, and I came here to see Youssef Derkhi and he has healed my heart and given me back my smile," Parker narrates in the video.

The video goes on to show Parker leaving with a roll-away suitcase and ends with a long shot of her in the countryside, waving alongside two men behind a silver sedan.

Parker traveled to Morocco on her winter break from Mexia ISD, where she was an 8th grade reading teacher.

"Student safety is Mexia ISD's number one priority," DuBus said in a statement. "Any adult in our organization that endangers a child will not continue employment."

"As this is a personnel matter the District's further response will be limited, but needless to say the District does not tolerate these behaviors."

The district initially placed her on leave, but DuBus said Parker officially resigned from her position Thursday.

Parker had been with Mexia ISD for three years, DuBus said, and prior to that was employed by Dawson ISD for seven years.

Sheriff Shipley said the investigation started because of a tip and urged the public to report this type of activity to law enforcement.

"If you see something, say something," said Shipley.