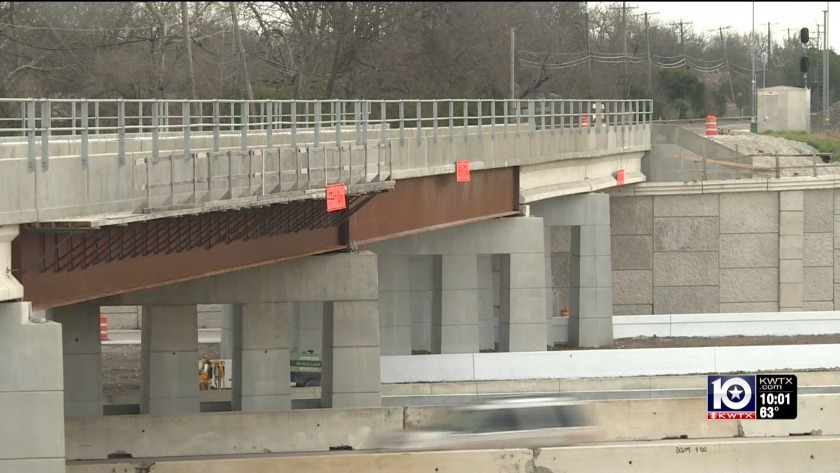 Woman dies after rock is thrown from overpass

Woman killed by rock on 35

WACO, Texas (KWTX) A memorial service has been scheduled for a Waco woman who died on March 9 after a rock thrown from an Interstate 35 overpass in Temple smashed through the windshield of the car in which she was riding.

Keila Flores, 33, was a Waco native who graduated from STARS High School and McLennan Community College.

A memorial service is at 11 a.m. Saturday at Lakewood Christian Church at 6509 Bosque Blvd. in Waco.

A reception follows in the church’s fellowship hall.

Temple officers responded at around 8:40 p.m. Saturday to an injury call near the 2600 block of Interstate 35 and Belair Drive.

The caller told 911 operators that a family of five was traveling north on the interstate between exits 303 and 305 when someone threw a large rock from a railroad track overpass.

The smashed through the car’s windshield, leaving Flores critically injured.

She was taken to Scott & White Medical Center in Temple where she died just after 10:30 a.m. Sunday, police said.

Flores' boyfriend, Christopher Rodriguez, was driving the car while her three children, the youngest 6 years old, were sitting in the back.

Investigators are asking anyone who has any information to contact the Temple Police Department at (254) 298-5500.

Tips may also be submitted online.

Similar incidents have happened in the past in Central Texas.

In June 2017, a rock thrown from the Paddy Hamilton overpass on U.S. Highway 190/Interstate 14 struck the windshield of a man’s car.

Orlando Garcia of Copperas Cove says he was westbound on the highway when the rock struck the windshield.

He says the rock was thrown by one of two boys.

In July 2013, two juveniles were arrested in Waco after rocks and chunks of concrete where thrown from an overpass, damaging at least eight vehicles and leaving several drivers and passengers with cuts on their faces and upper bodies.

The injured were treated at the scene.

The two suspects taken into custody were 11 and 13.
They were charged with aggravated assault, engaging in organized criminal activity and eight counts of criminal mischief.

Both were taken to the Bill Logue Juvenile Justice Center.

WACO, Texas (KWTX)--A rock thrown at a windshield generally won't break all the way through the glass, said John Lafrance, the owner of Heat Wave Glass and Window Tinting in Waco.

But a rock thrown at the windshield of a vehicle traveling at highway speed might.

"That's going to be a big factor, how fast you are going…because you can sit back and throw a rock at a windshield and it's not going to puncture all the way through it, but if you are going 70 miles per hour… (it) definitely has a larger chance of going through the windshield."

Lafrance encourages anyone who has a damaged or cracked windshield to repair it because the damage makes the glass less resistant to objects that hit it. (Drake Lawson)