Buzz Williams excited to be back at Texas A&M 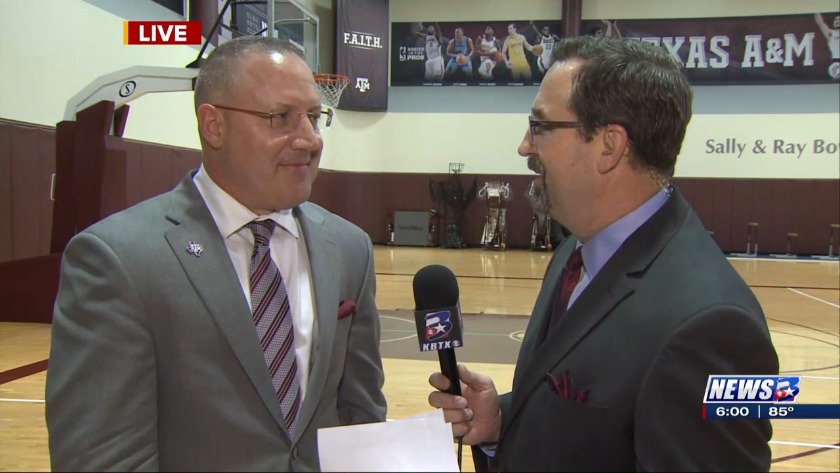 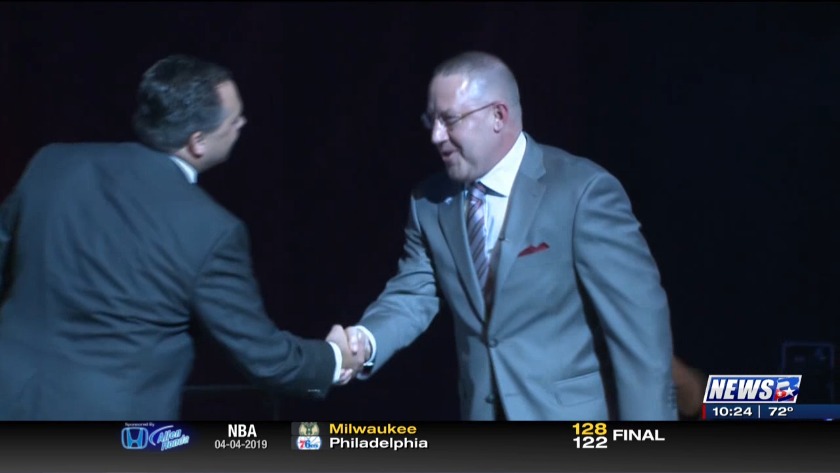 Buzz Williams excited to be back at Texas A&M

BRYAN, Texas (KBTX) -- There were plenty of 'The Buzz Is Back' t-shirts on hand as Buzz Williams was introduced Thursday afternoon at Reed Arena as the 22nd men's head basketball coach at Texas A&M.

Williams was emotional at times when talking about the importance that former A&M Head Coach Billy Gillispie has played in his coaching development over the years, including two seasons at Texas A&M when the Aggies returned to the NCAA tournament in 20016 for the first time since 1987.

The fact that Lewis Orr from Navarro Junior College was in attendance also caused Buzz to get a little choked up. Buzz was a student assistant coached under the NJCAA Hall of Famer and then later would join Gillispie's staff at A&M in 2004 after several stops.

Williams said he was happy to be returning his family to Texas, where both he and his wife are from, but it was tough to leave behind his players and some loyal fans at Virginia Tech.

Williams used part of his time during his introductory press conference to point out the tradition of A&M basketball dating back to the days of Shelby Metcalf and applauded the job that Billy Kennedy did in guiding the team to a pair of Sweet 16 appearances.

It has been a whirlwind 24 hours for Williams who landed in College Station Wednesday evening at 5:30 and then met with the current players shortly after touching down.

After being introduced to a thousand or so Aggie fans in attendance, Williams had two separate media interview sessions that followed and then did a live interview at the top of KBTX's 6:00 p.m. newscast before attending other obligations with season ticket holders and university staff.

Buzz is ready to get to work as he looks to bring consistent winning back to the Texas A&M men's basketball program.