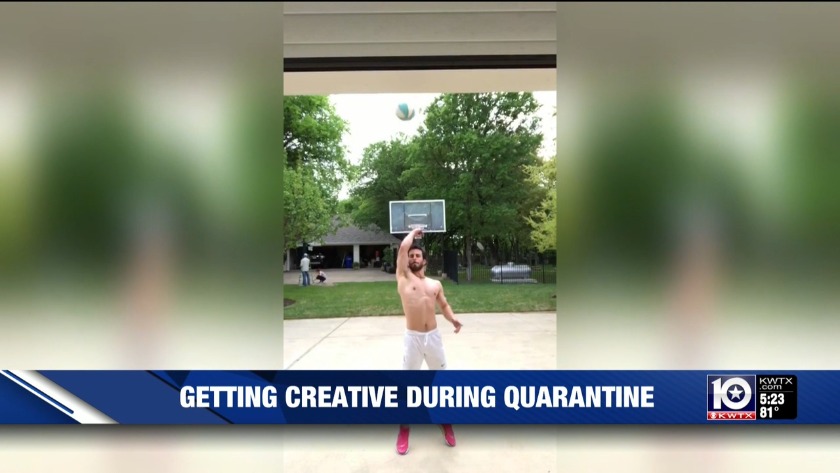 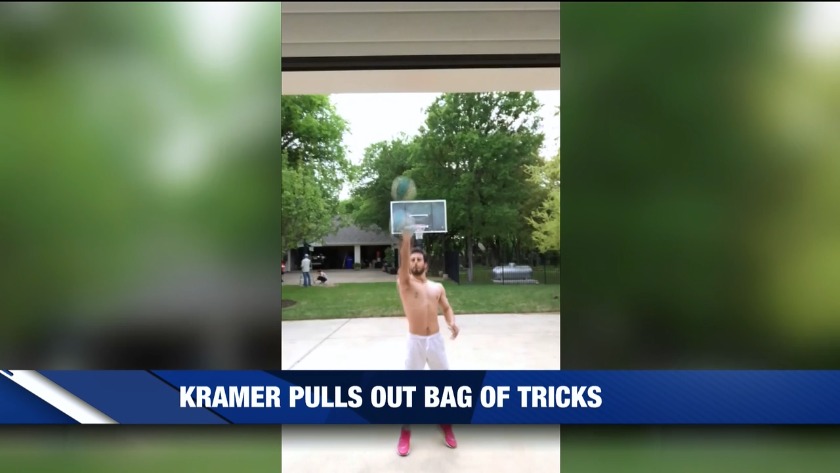 WACO, Texas (KWTX) With the MLB season on hold, professional baseball player Kramer Robertson is in his sixth week of hunkering down at the home of his mom, Lady Bears head coach Kim Mulkey, but he's staying busy working out and getting creative with the extra time on his hands.

With the MLB season on hold, professional baseball player Kramer Robertson is in his sixth week of hunkering down at the home of his mom, Lady Bears head coach Kim Mulkey, where he tried his hand at some trick shots. (Courtesy photos)

Robertson, a 2013 Midway High School graduate who’s now in the St. Louis Cardinals AAA organization in Memphis, Tenn., got together with some friends at his mom's house and recorded all kinds of difficult and successful trick shots from throwing a football 40 yards and swishing it through the net, to shooting a basketball off a ladder, a skateboard and even while sitting backward on the hood of his car.

"I just got bored at the house," Robertson said.

"I'm not doing much right now. Baseball is canceled for the time being. All I have to do is work out so I just got bored and decided to try some trick shots."

Robertson said the toughest three shots he landed included a long range shot from behind Mulkey's iron back fence, one in which he rode by a basketball goal on a skateboard and bounced a shot in from behind his back and a third in which he turned to his best skill, baseball.

Robertson said it took him 45 minutes to make a shot by hitting a basketball into the net, leaving him with blisters from the effort.

Mulkey didn't participate in any of the videos.

In fact she said she didn't even realize how her son was passing the time.

Robertson said if the lockdown from baseball stays in place much longer, he and his friends may have to come up with a new goal.

"We're thinking about trying for a world record," Robertson said.

"We' don't know which one yet, but if my friends can make it back into town we're going to try."