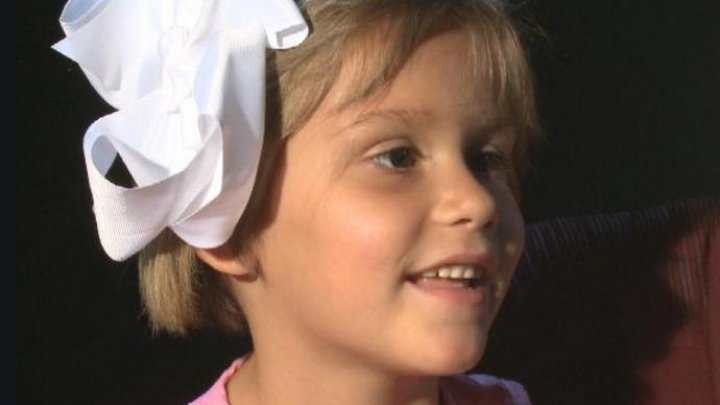 Layla Evetts was diagnosed with "diffuse intrinsic pontine glioma" (DIPG), an aggressive form of pediatric brain cancer. Doctors gave her six to nine months to live, but she battled the disease for more two years. (File)

"At around 1:45 p.m., Precious Layla Grace entered Heaven's gates. She fought so hard and strong until the absolute end," her family said.

"Though we miss her, we know she is in a far better place beyond what we can comprehend. Please continue to pray for our family in the days to come."

Layla, 6, of Riesel and Burleson, was diagnosed in February 2018 with "diffuse intrinsic pontine glioma" (DIPG), an aggressive form of pediatric brain cancer.

Doctors gave her nine to twelve months to live.

She battled cancer for more than two years.

Her father sent KWTX this statement:

"It is with a heavy heart that we announce the passing of our sweet Layla Grace. She fought so hard, lived a BIG life in just 7 short years, and loved larger than life. She taught us all so much and touched so many lives. Her legacy will live on forever. We miss her, but we are at ease knowing she is with Jesus and that we will see her again in a life beyond this one. I urge everyone in Layla's memory to live every day to the fullest. Hug those necks, say the I love you's, take the pictures, take the trips, make the memories...truly live every single day appreciating it as the jewel it is. LIVE LIKE LAYLA!!!"

Her supporters included Texas country music artist Aaron Watson who learned about her battle from KWTX anchor Julie Hays, a college friend, and later threw a surprise backstage party for Layla when he performed in October at the Heart Of Texas Fair.

Layla’s story touched him particularly because he and his wife lost a daughter, Julia Grace.

He brought her to the microphone to sing one of her favorite songs, “Bluebonnets,” with him and by the end of his performance the crowed was chanting “Layla” and wanting her to autograph their boots and hats.

Watson returned to Central Texas on Feb. 16 to join an early birthday celebration for Layla who would have turned seven Friday, March 6 along with her twin sister Rayleigh.

Arrangements were pending, but the family said Friday visitation will be from 5 p.m. to 8 p.m. Monday at the Mountain Valley Funeral Home at 407 SW Wilshire Blvd., in Joshua and the funeral service will be at 10 a.m. Tuesday at the HILCO Civic & Event Center at 1000 South Files St., in Itasca.

Memo: Some in US may not get stimulus checks until August
Related Links